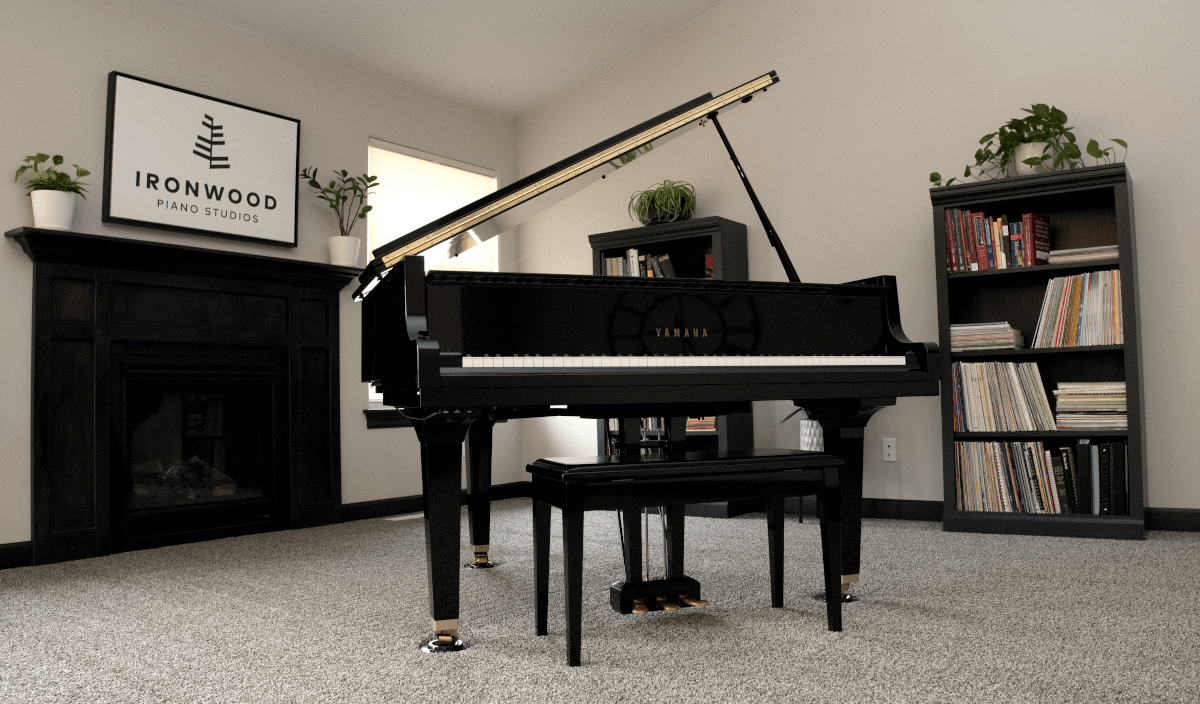 We encourage students to share their hard work with others and offer regular performance opportunities such as recitals, festivals and competitions.

Piano is often a solitary activity, but it doesn’t have to be! We offer studio classes for students to meet and perform. 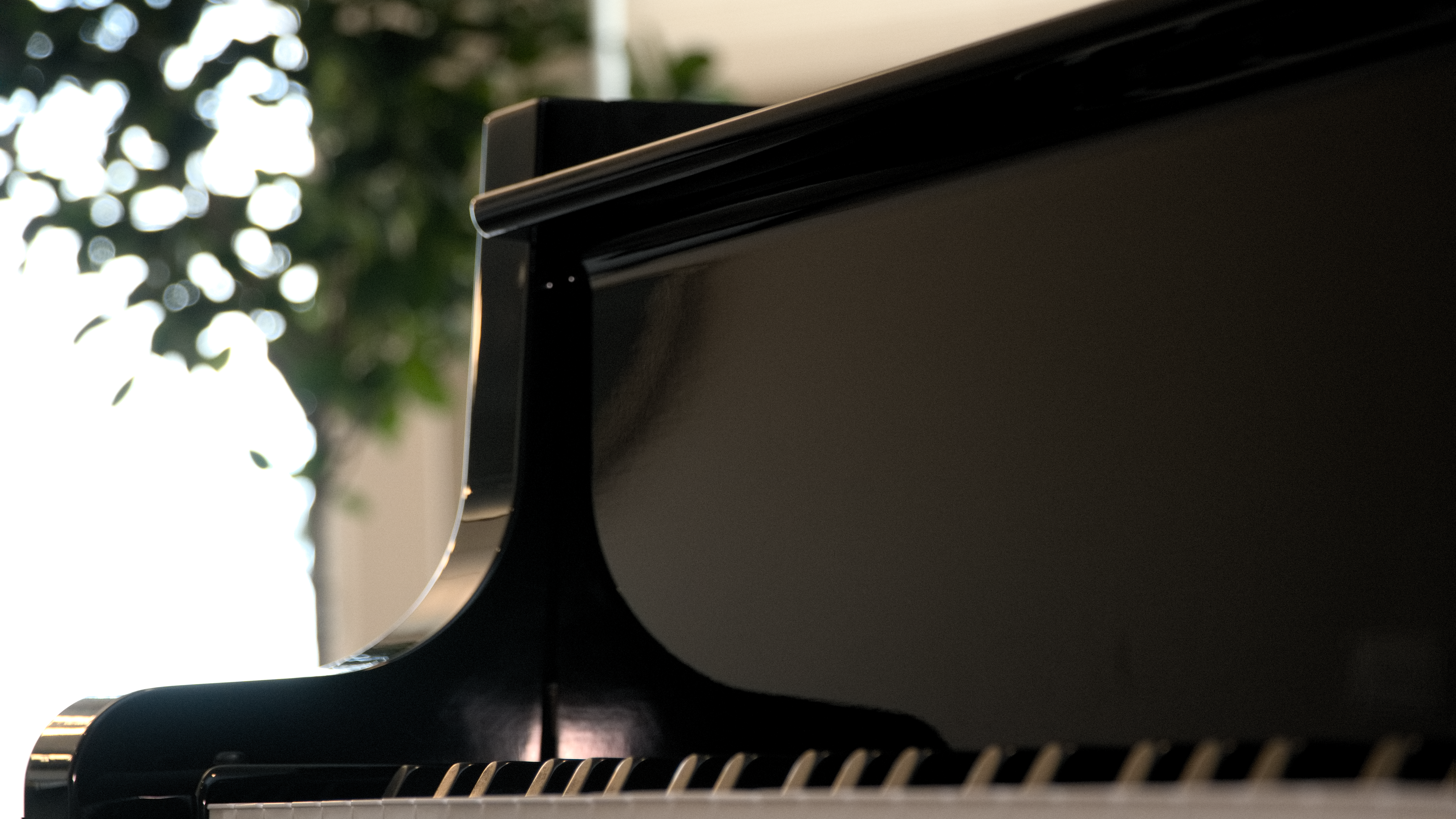 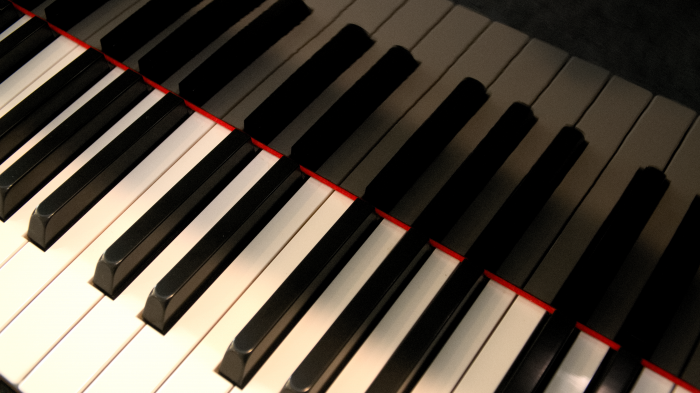 Our goal as teachers is to provide our students with the musical knowledge and practice tools necessary to become confident, self-sufficient musicians. 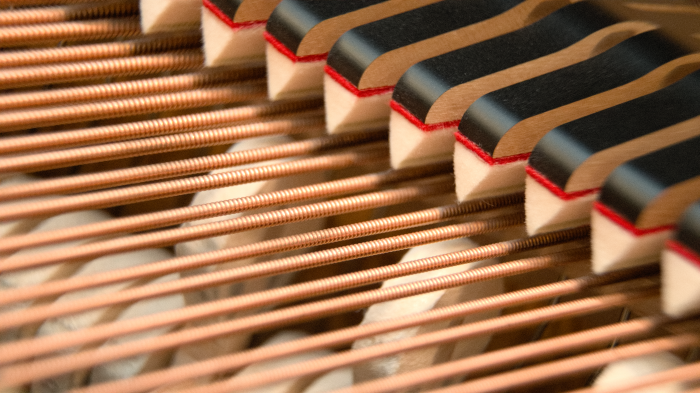 Music is perhaps one of the greatest forms of self-expression. Our goal as teachers is to provide a solid foundation in technique and artistry to allow students to better convey their thoughts and emotions through music. 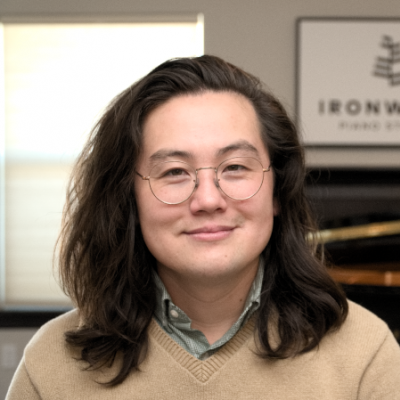 James Mick began piano lessons at the age of seven in Wichita, Kansas. Advancing quickly through pedagogical repertoire, he soon found himself studying under Dr. Julie Bees at Wichita State University, and later Professor Sharon Kay Stang at Coe College in Cedar Rapids, Iowa. It was only after joining the United States Army as a Cryptologic Linguist, and beginning his studies of Modern Standard Arabic at the Defense Language Institute Foreign Language Center, that he realized his love for classical piano.

Studying music independently until finishing his enlistment in 2011, James resumed his piano studies with Professor Lena Nichols at Kirkwood Community College in 2012. He went on to attend the University of Northern Iowa for his Bachelor of Arts in Music and coursework and recital towards a Master of Music in Piano Performance, studying with Professor Sean Botkin. There, he held positions as pianist for UNI’s Wind Symphony under Dr. Ronald Johnson, and harpsichordist for UNI’s Cantorei under Dr. John Wiles. Most recently, James was the pianist for UNI’s Concert Chorale, also directed by Dr. Wiles, during their Spring 2019 tour to Spain.

During his time at UNI, he became deeply interested in the inner workings of the piano, studying piano tuning and repair under Registered Piano Technician David Dunn, and completing the course at the Minnesota School of Piano Technology taught by RPT Greg Gavin.

As a pianist and teacher, James focuses on the intersection where personal expression and composer’s intent meet. His holistic approach means building a foundation of music theory and rhythm, exposure to numerous genres and styles, and developing one’s ear towards the emotional connections that can be created through music, while being aware of the unique characteristics of the piano as an instrument. 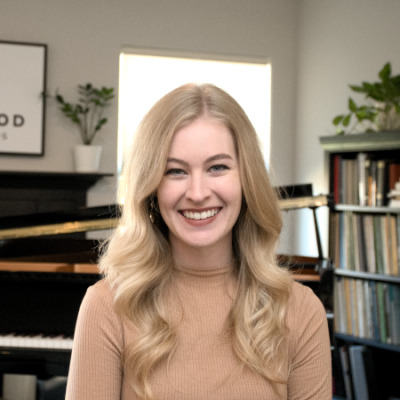 Rebecca Nickles Mick is an active piano instructor and collaborative pianist. She has been teaching professionally since 2010, and enjoys working with a variety of age groups. In addition to repertoire, students are taught music theory, sight-reading, chord charts, and accompanying skills. Students in her studio are encouraged to be active musicians and are given regular performance opportunities. Rebecca recognizes that every student has their own unique personality and musical interests, and greatly values her students' input regarding lesson structure and content.

Beginning her piano studies with Marilee Kleespies and Deborah Ausborn, Rebecca was inspired to pursue teaching as a career. She went on to study with Dr. Suzanne Torkelson and taught at the Tower School of Music while attending Wartburg College. After receiving her Bachelor of Music in Piano Performance in 2014, she began her first private studio, Espressivo, and also taught at the UNI Community Music School. In 2016, she held an adjunct position at Wartburg College, accompanying and teaching piano basic skills. During this time, she continued her piano studies under Dr. Ted Reuter before pursuing her Master of Music in Piano Performance and Pedagogy in 2017 at the University of Northern Iowa. There she studied piano with Professor Sean Botkin and pedagogy with Dr. Lynn Worcester and Dr. Theresa Camilli.

As a graduate student, she presented at the MTNA National Conference in Florida with her colleagues, and performed in Vancouver, BC at the NACWPI National Conference as a collaborative pianist. Rebecca also taught Group Piano for undergraduates and Music for Little Mozarts for preschoolers. After completing her master’s, Rebecca returned to Wartburg College as an adjunct professor for the 2019-2020 academic year as a collaborative pianist. She accompanied several studios in addition to the Opera Workshop for their productions of Amahl and the Night Visitors by G. C. Menotti and The Marriage of Figaro by W. A. Mozart under the direction of Dr. Brian Pfaltzgraff.

It's Easy to Get Started!
Click the Button Below and Send Us a Message Today! 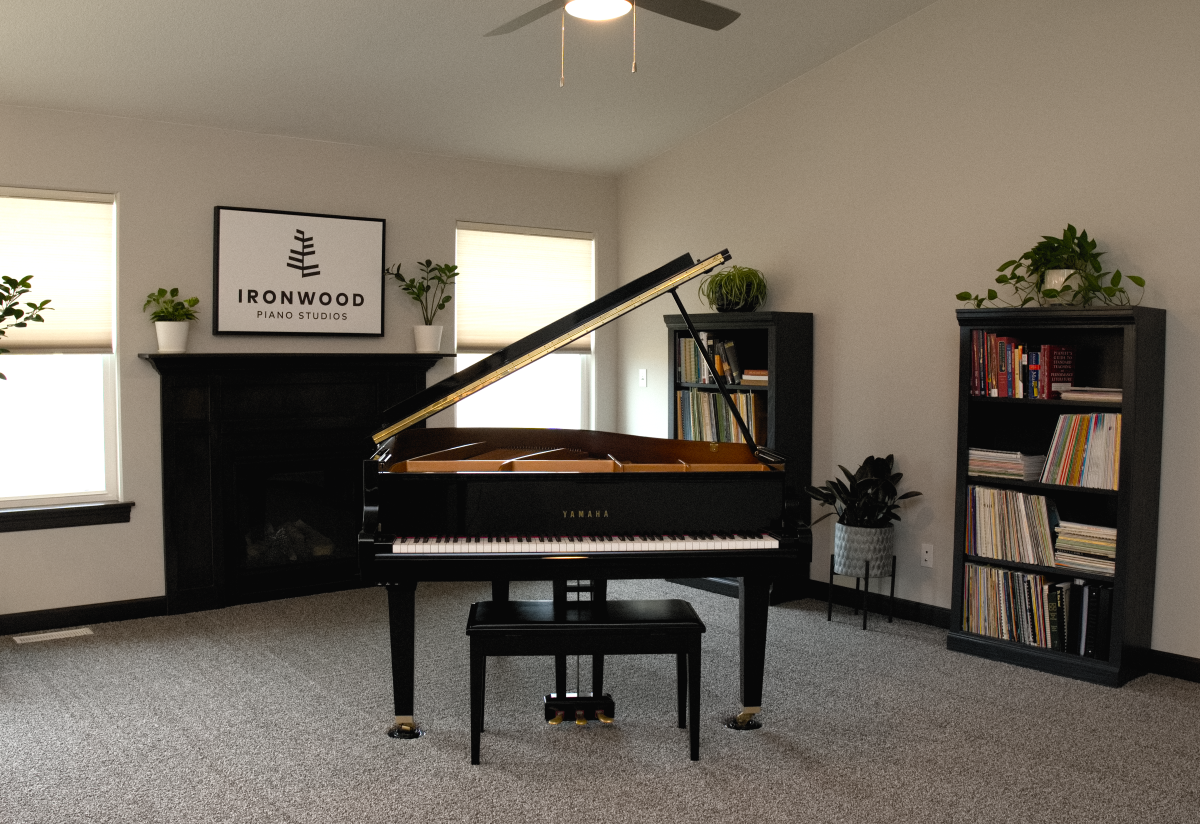